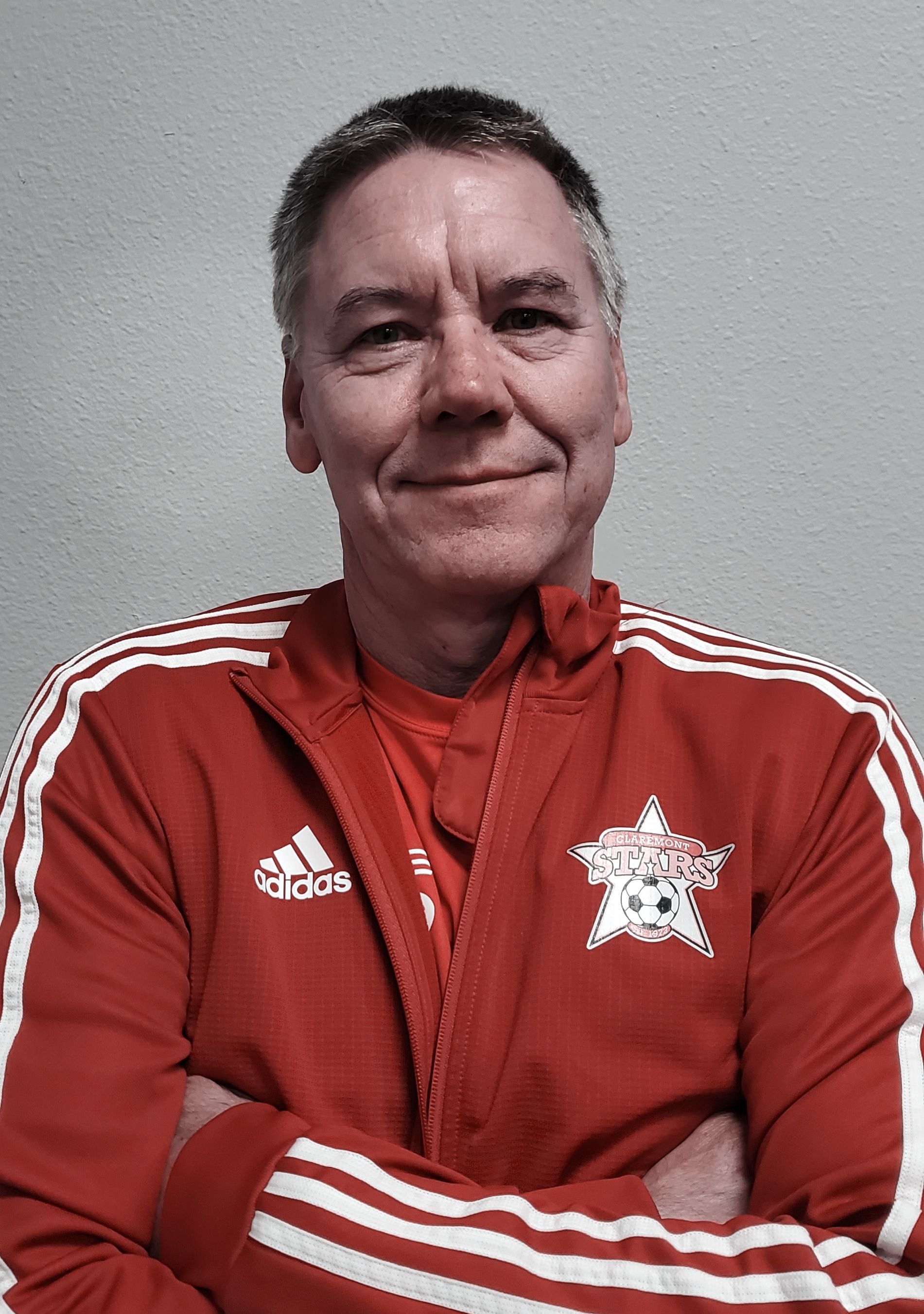 Brian is starting his 41st year coaching soccer.  He has been a USSF A license since 1986.

Brian’s first team in the club was a BU10 in 1985.  He has coached the Olympic Development Program, CIF champion boy’s teams, run soccer camps and was a USSF licensed referee.  That is in addition to 18 years of college soccer, men’s and women’s teams in NCAA Division II and women in NCAA Div I, before “retiring” to start a family and stay in Claremont.  He and his wife of 17 years, Jennifer, own a mortgage company and they have 3 children.

“There is a great heritage of soccer excellence in Claremont.  When I was a kid growing up in AYSO Region 2, there were two places we knew we had to go for high quality competition, Torrance (AYSO Region 1) or Claremont (AYSO Region 3)!  We kept score and the 210 freeway was only an idea. These days alot goes on in all youth sports clubs, from travel to budgets to professional coaches.  But our job is still to teach kids how to be coached and how to compete the right way.  Sometimes we also need to show parents and the community what it means to maintain a healthy balance between winning and competing to the best of your abilities.  It’s tough to win every game.  No matter what, if we go about it the right way, a team can share in some very important, lifelong, positive experiences.  I believe in that to my core.  My goal is that every child in Claremont who wants to grow by playing club soccer should have the opportunity to do so.”